I first mentioned my plan to go to Paris and UK with a budget of RM5,000 per person to friends in 2009. They were very concerned and thought I might be a little over my head in this. I decided to take this as a challenge and determined to make my Paris UK trip come true.

When Airasia launched Paris route in Nov 2010, I believe luck was smiling on my side.I grabbed 2 tickets for me and CS. CS was appalled when I told him what I had done. It was too late to turn back. I got our tickets for RM1,288 per person for both of us, including tax.

I know flight tickets is going to bite the biggest chunk out of our budget so I started to survey the fares to either London or Paris. As of 2010, Malaysia Airlines’s flight fare usually fluctuates around RM3,200 and goes down to around RM2,800 during promotional time. Qatar Airways had much higher ‘normal priced’ air fare but goes down to around the same as MAS when promotion. I crossed Singapore, Cathay and KLM airlines from my list as I couldn’t find a deal that’s lower than RM2,800.

When I saw Airasia launching Paris route at RM1276 per person including tax (exclude meal), I knew that’s the cheapest price that I’m going to get, ever!

This was actually quite easy once I made a list of things I wanted to do and math in the travelling time (flights and long haul trains).

This is the 2nd biggest chunks, so it made sense to survey as soon as possible. I had browse through websites like bookings.com, Venere, Expedia, Laterooms, Agoda but couldn’t come to decide any. Cheaper choices were mostly trashed in Tripadvisors (bed bugs infestation), while the expensive ones were, er… expensive.

London has quite a handful of homestay options, providing visitors a chance to live like a local starting from 80 pounds per night. Some even throw in full English breakfast in the package. I would have book for one if not for Tune Hotel offering windowless basic room at 30 pounds (~RM150) per night in Zone 2 of London. I booked 7 months in advance.

On the other hand, I only book for Paris accommodation 2 months in advance due to some hiccups. Other than encountering fully booked situation, the obvious consequences was having to pay 75 euros (RM325) per night for Hotel de Blois. If I had surveyed earlier, this post title could have named “UK and Paris under RM4,000.

Tips 4 : Not too touristy, please.

We like being a traveler rather than a tourist. Instead of going up Eiffel Tower (14 euros per person), where we won’t see anything because we are ON the tower, we can admire it and take great photos from Trocadero. 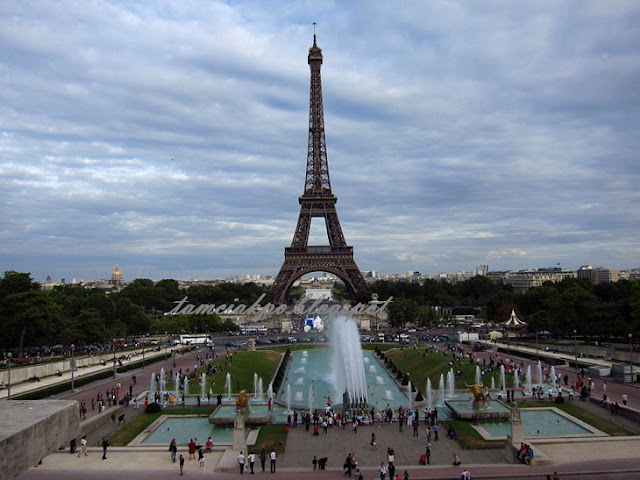 Tips 5 : Check out the freebies.

Sounds a little stingy of us but knowing the places and things we can do for free in these cities saved us a lot of money. Most of the museums in Paris, including Musee de Louvre are free on the first Sunday of every month and 14th July Bastille Day. We saved 15 euros each.

I love this article Free Things to do in Paris.

Tube in London is expensive. We took Oyster Card, which functions about the same way as T-money in Korea. It gave us discounted price of 1.90 pounds each way in Zone 1 and 2. The best part is, the once we had reached its price cap of 8 pounds, we got to travel for free. However, the terms and conditions are complicated. Note : ticket price had gone up in 2013.

In Paris, we bought Paris Visite 5 days card (Zone 1 to 5) at 51.20 euros since we’re going further to Versailles, Provins and Orly Airport. There is another similar card called Mobilis 1 day but that will mean having to buy it everyday and it’s not available for RER service to Orly airport. Take note though, using this Visite card can be frustrating. 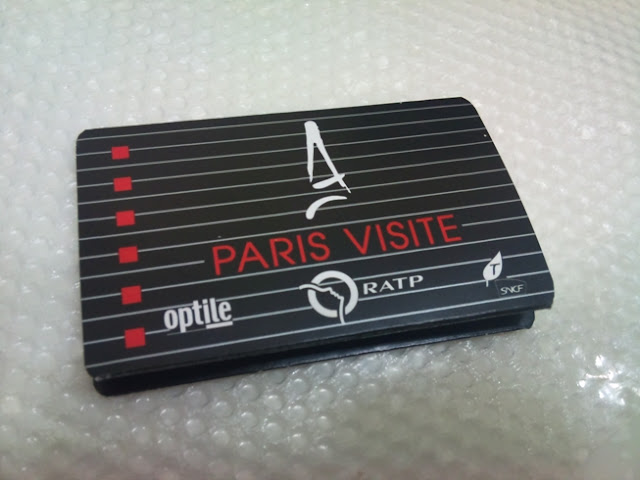 Even if the date, when we bought the card was already printed on the card, the metro staffs will not recognize it as a valid ticket until WE write the date on the card ourselves. Secondly, the bar doors keep having problem recognizing the tickets so the staffs have to open the bar doors for us. All the stations will be unmanned at night so sometimes I had to crawl under the bar doors. Strange but CS did not have problem with his Paris Visite card.

Tips 7 : Book for trains before arrival

Eurostar high speed train is like Airasia, the earlier you book, the higher possibility to get the cheap tickets. It’s important to take note when is the earliest time to book the ticket. In early 2011, I read that Eurostar bookings open 3 months (90 days) prior to departure. Suddenly, I received a call from CD telling me the bookings were already open and that’s 100 days prior to departure! We managed to get the cheapest ticket 44 euros for London-Paris route only.

For UK trains, we booked at First Great Western website, which is easy as long as we have credit cards or debit cards.

In Malaysia, we will earn a glare from the cashier if we pay a RM10 thing with a credit card. In Europe, it’s nothing uncommon about that. Instead, they were not that happy when we pay with notes as big as 50 and 100 pounds or Euros. In short, they don’t like big bills. However, as foreigners, we were required to show our passport for verification.

Tips 9 : Being in overseas, doesn’t mean we need to starve ourselves.

UK : love the ready to eat meals available in supermarkets. Salads, sandwiches, pasta, shrimp cocktails, pure juices – you name it, they have it. And let’s not forget the nice cookies selling for just a few pence to 1 pounds per packet. All these makes very good breakfast and supper choices.

We still splurge ourselves with proper meals at cafes but some offer take outs for half the price of dine in. Check out if the cafe has such policies. Our happy place was Little Portland Cafe offering English from 3.95 pounds for the small set and 5.20 pounds for the big set. We ate these for brunch so we saved on lunch money. 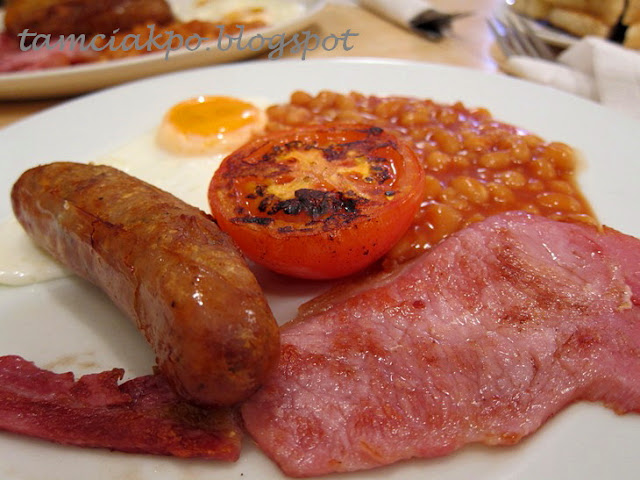 Cheap options for dinner will be chinese food in Chinatown. We had delicious dinner at Wong Kei for less than 10 pounds and Gold Mine for less than 15 pounds. That’s for 2 person.

Paris : We could get a good lunch set (including drinks) at 4 or 5 euros in McDonalds with nicer bread, fresher vegetables and juicier meat patties but slower service compared to Malaysia. Good dinner options will be the 3 course meals at any cafes in Paris starting from 10 euros each.