As warned, my blog will be overflowed with my witch hunt for kaiten sushi in Japan. Here’s our favourite, throughout the Japan trip – Musashi kaiten sushi in Kyoto Station. Unlike other sushi we had tried, Musashi caters mainly for working class judging from our observation during our 3 times visits, rather than student. It’s slightly pricier but easily justified with its quality. 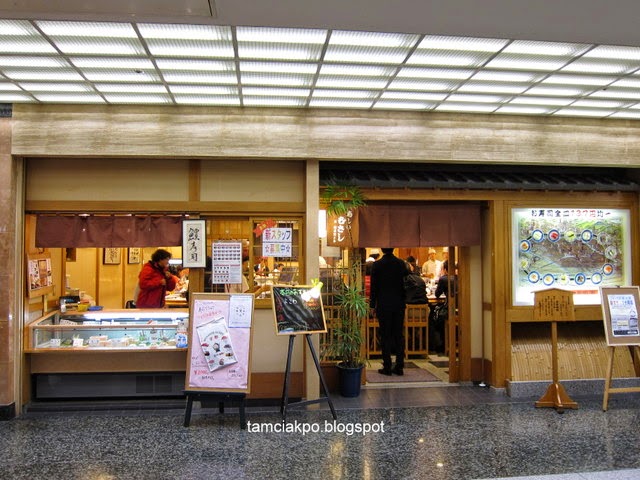 Musashi’s winning point is the down-to-earth setting that makes us feel we were actually eating in a restaurant while the other kaiten sushi made us feel like we were in game arcade. Added on, were the “human-touch” where we gave orders to “warm-blooded” waitress and seeing the chefs working right in front of us, although they seemed less than thrilled about me taking the photos of the sushi.

I will spare you the introduction to all the dishes besides the fact that I don’t know half of them. We were in the safe hands of the chefs. 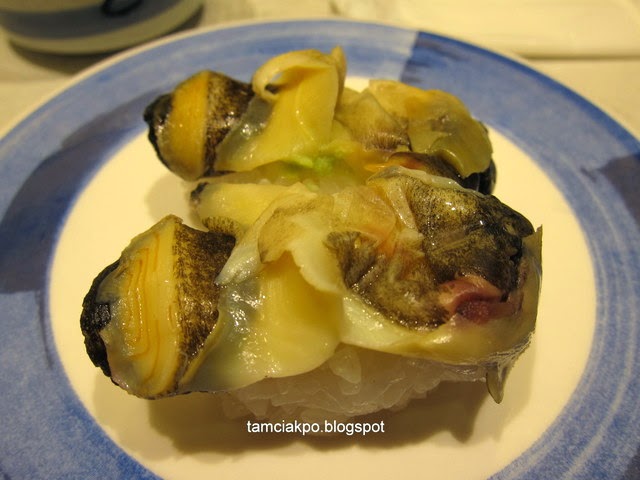 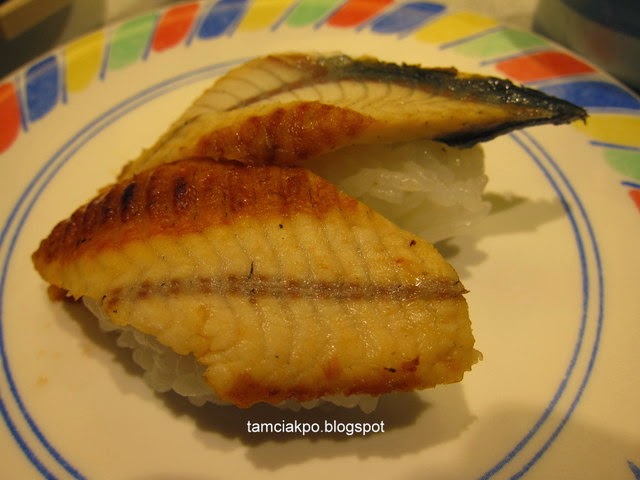 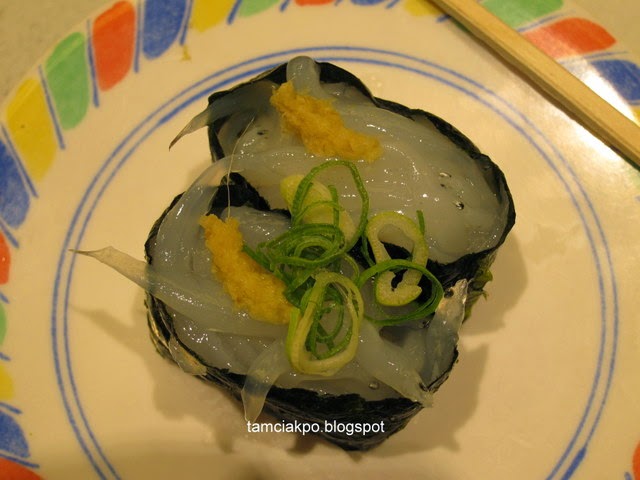 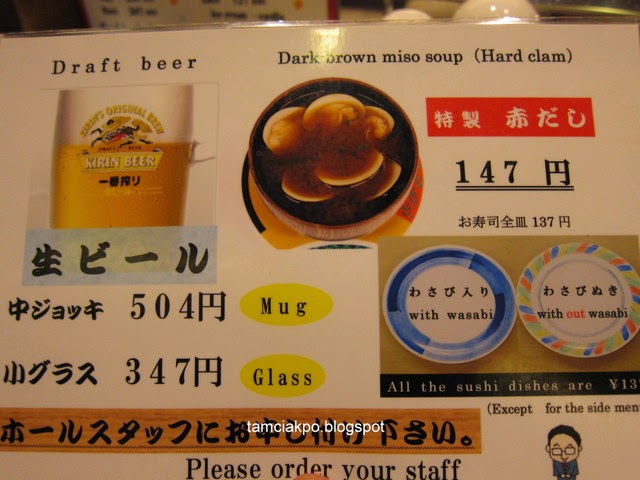 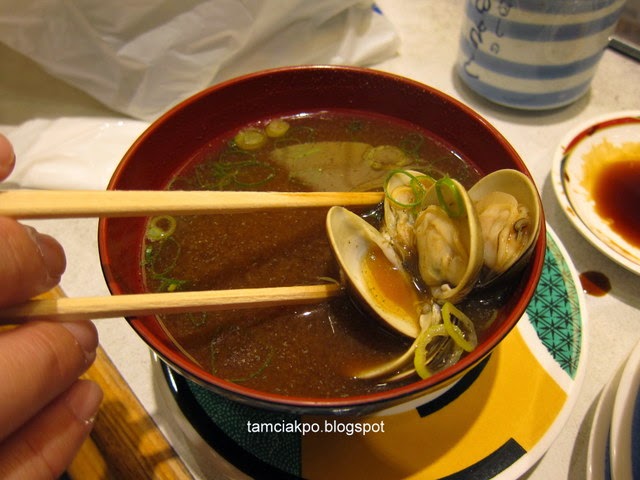 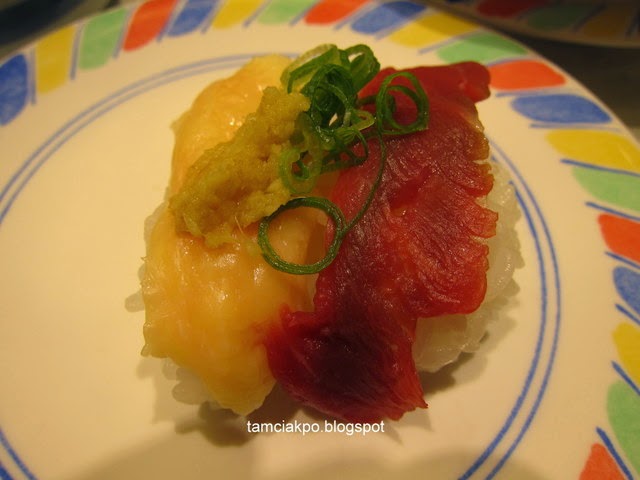 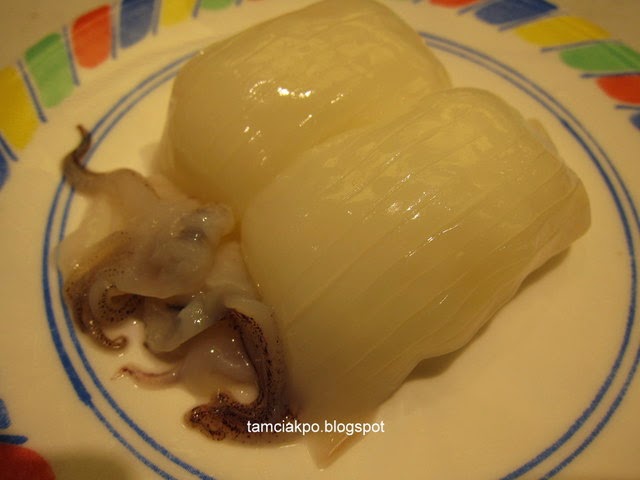 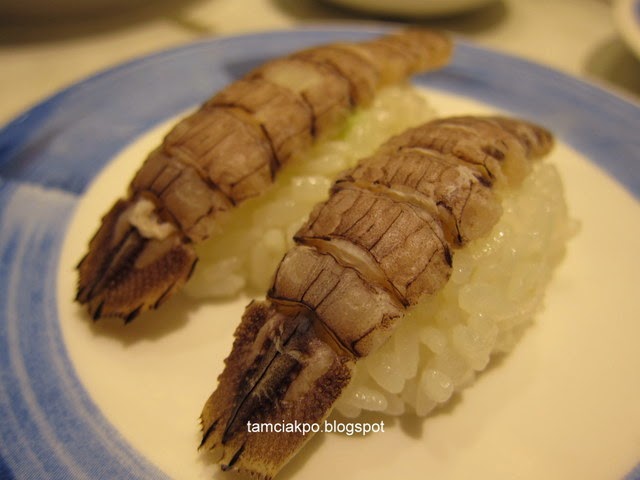 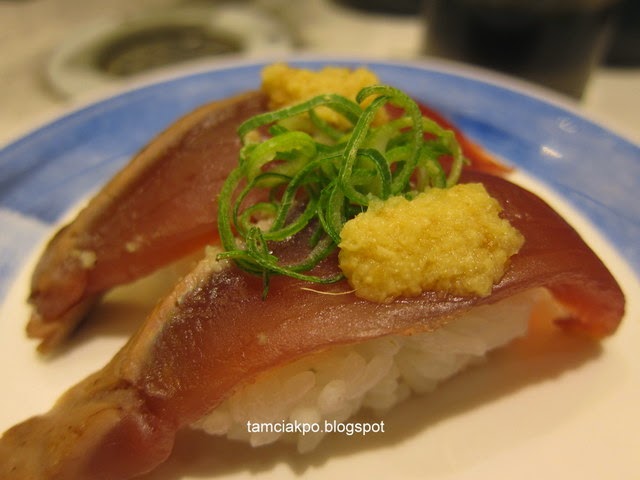 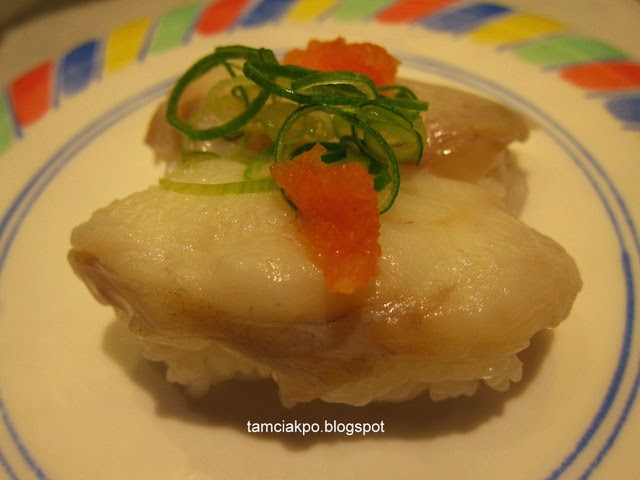 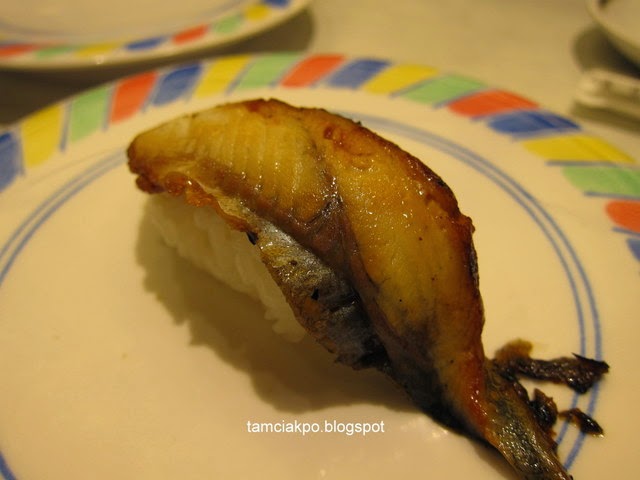 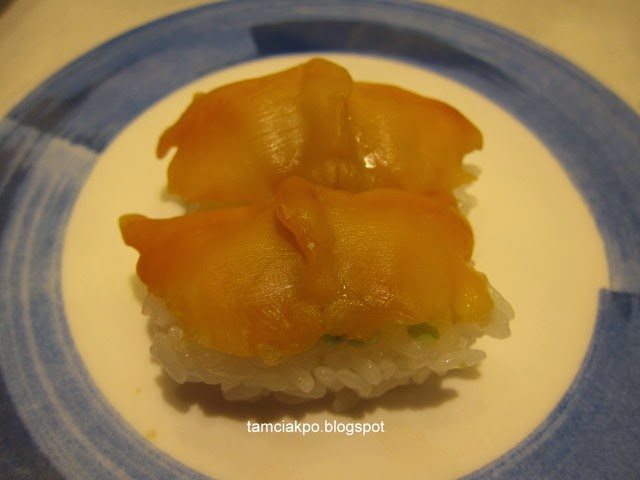 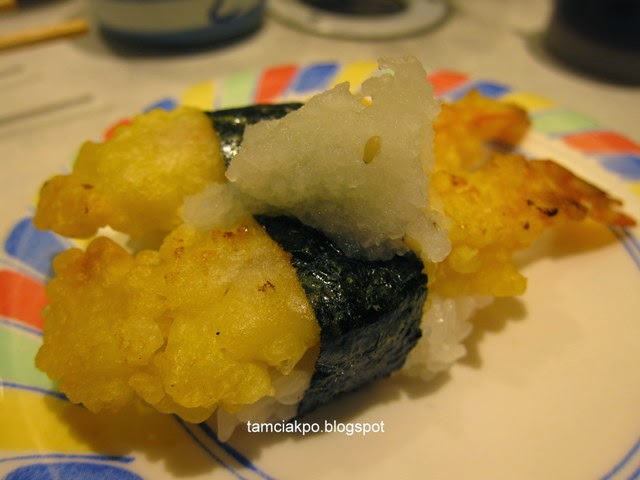 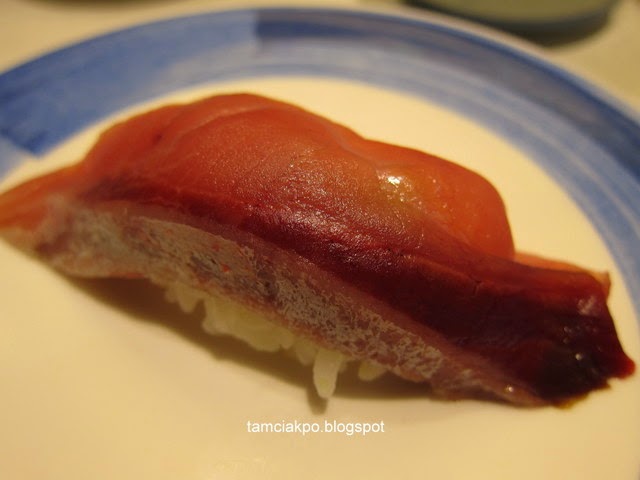 A little side story here :

During one of our visit, Musashi was full and we have to queue while waiting for our seats. A family of four – father, mother, daughter and son arrived right behind us. From their conversation, we knew they were like us, from Malaysia. We don’t mean to eavesdropping but they talked really loud. Then the ugly side turned up. Seeing some customers leaving their table, the mother tried to cut our queue by asking the waitress to give the seats to them first but fortunately the waitress did not comply. I can see the waitress suppressing her disgust of such manners.

Minutes after we sat down, they too, took the seats beside us. The son took a plate of sushi off the conveyer belt, and after a discouraging words from his sister, HE PUTS THE SUSHI BACK on the conveyer belt! Both of us were appalled and I shot him a “SERIOUSLY?” look. We were so embarrassed with our fellow countrymen acting like that! 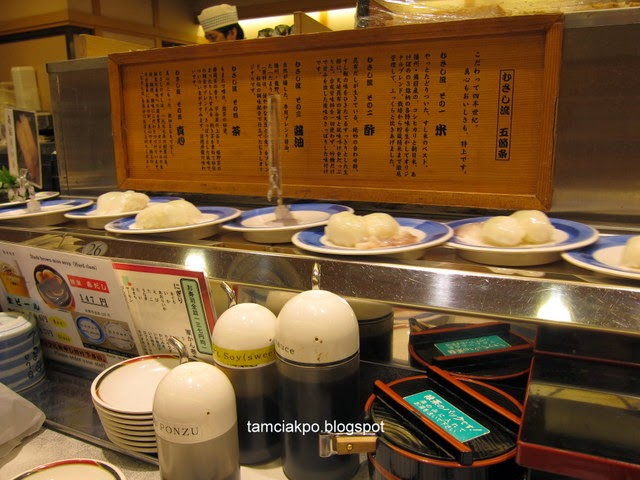