While lots of tourists are concerned about cost of food in Korea, I found this to be the least of my worries. My suggestion would be, Go Fast Food, Go! But wait, Koreans don’t go to McDonalds on first thought of fast food, but Lotteria, their very own brand of fast food chain. With burgers’ price starting from 3,000 Won, it sure is a very good dining option. Lotteria can be found at almost all tourist spots, but could have been better if they made the letter ‘L’ bigger than McDonalds’ ‘M’. We kept on walking past it branch without realizing it. 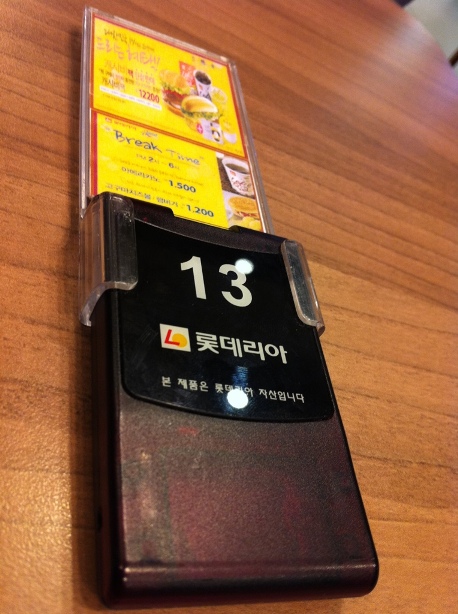 Instead of a table number plate, we were given this device which will go beep beep once our food is ready for collection.

Once we’re inside, “Anyo Haseyo” ( hello in Korean) filled the air and the staffs looked at us expectantly. After a lot of ‘err’ and ‘err’ we pointed to the picture that attracts us the most in the menu. 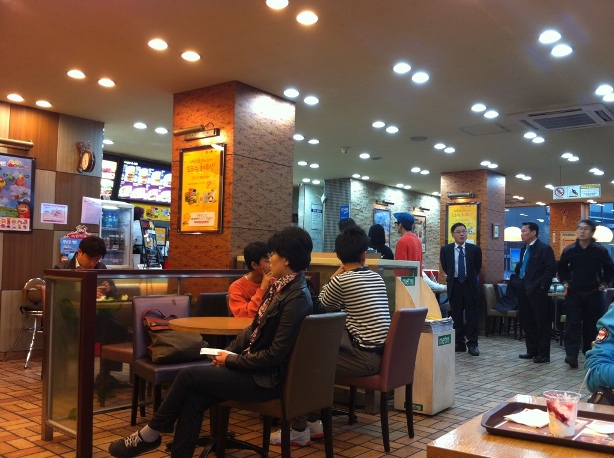 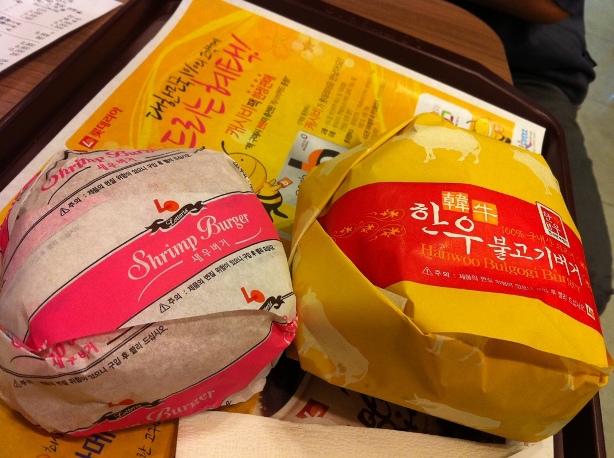 CS ordered the Shrimp Burger (3,000 Won) which looked like it was made for ladies – pinky and small while my Hanwoo Bulgogi Burger (5,400 Won) was so ‘macho’. 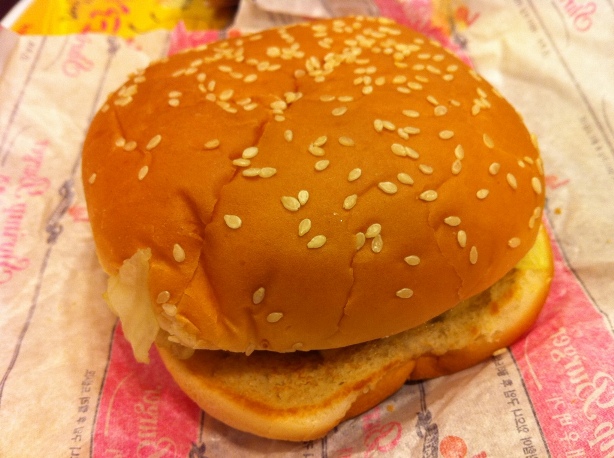 My instinct was right, CS is never going to have a happy ending with this. He couldn’t taste anything from the patty that suggest shrimps. It was just plain and bland. 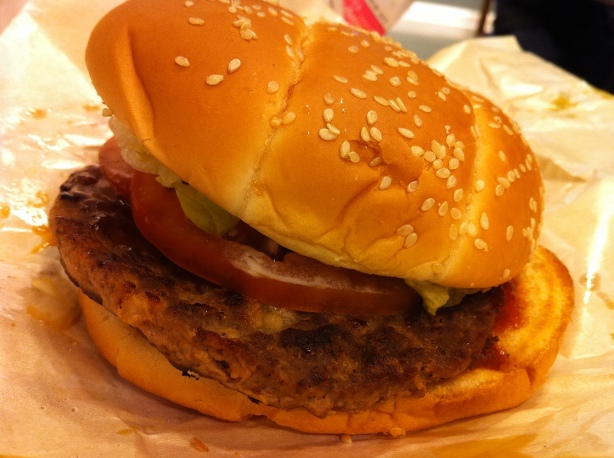 My Hanwoo Bulgogi Burger was not without a fault. The amount of vegetables and tomatoes given were too little compared to the size of the bread and patty. However, its ultimate winning point (which won me over, totally) was the juicy sweet piece of beef patty. 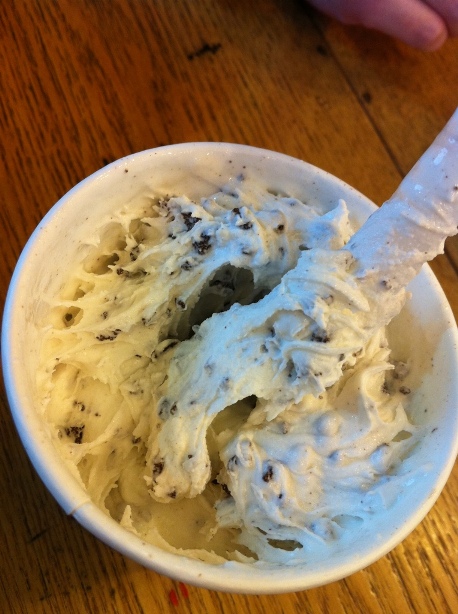 Lotteria has its own’s version of McFlurry and Dairy Queen’s Blizzard, which they called it Tornado. Priced at 1,500 Won, it was about the same price as McFlurry in Malaysia, slightly bigger and many times better. It was thicker, colder with generous amount of toppings. 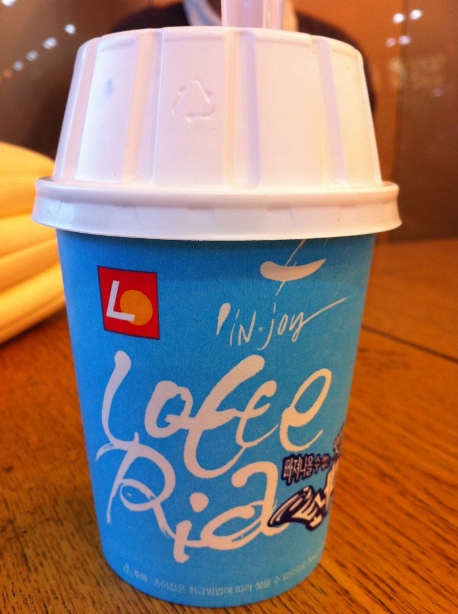