We fully utilised our JR Pass again and we started on our Nara day trip by taking the JR Nara line. Kyoto Station is not as busy as Tokyo Station, but it doesn’t make them less complicated. We soon learned that the easy way is to find out the track number from JR staffs and go to the track by following the signage. Before boarding the train, we checked the destination again with the train conductor to make sure we don’t get the wrong train! 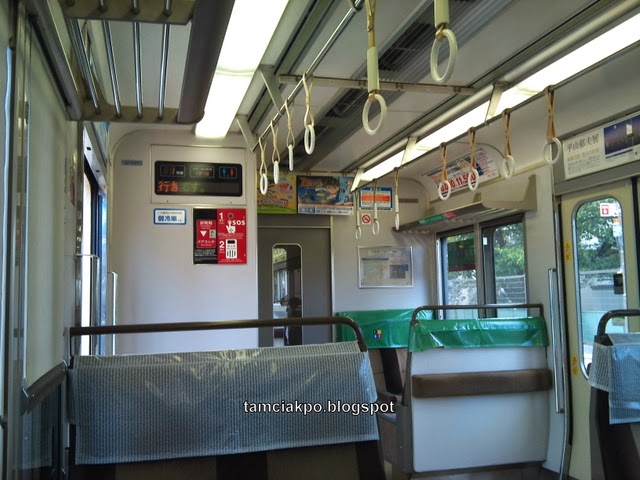 Unlike the JR trains in Tokyo, the trains in Kyoto look more primitive with the seats similar to school buses in the 80’s. (Did I just disclosed my age?).

Nara station is nowhere near to the attractions, particularly places that screams history. The most sensible way to travel around in Nara is to buy a one day pass for the bus rides at 500 yen per adult. The passes are cute in the form of wooden plat with lanyard to hang around our neck. I’ll load a picture of it later.

As going to Nara was a last minute decision so we just hop on and off the bus as we like. The first place we came upon was the Todaiji temple.

Is October the season for school trips? School children were as many as the deer around! 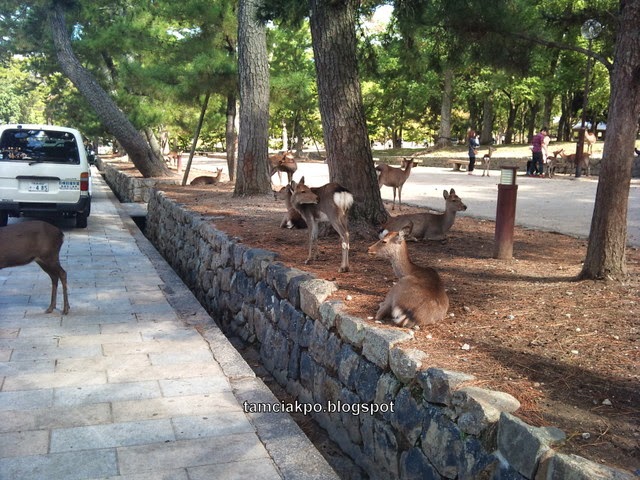 Nara is littered with deer, even more than Miyajima!!

We had to watch our steps or we will step on deer’s poo. In case you wonder, their poo looks like black pebble stones but with the stink. 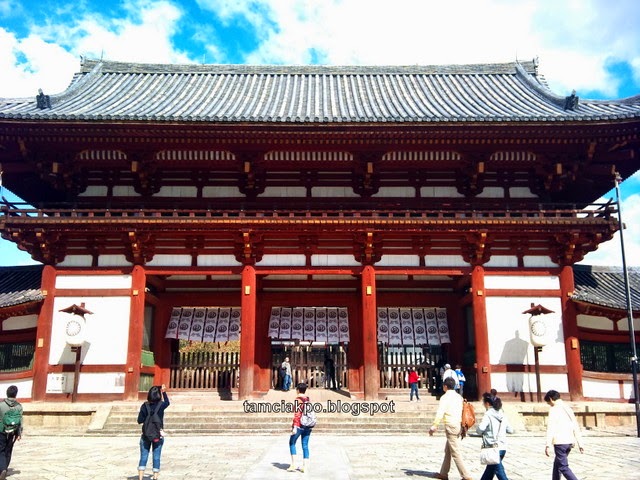 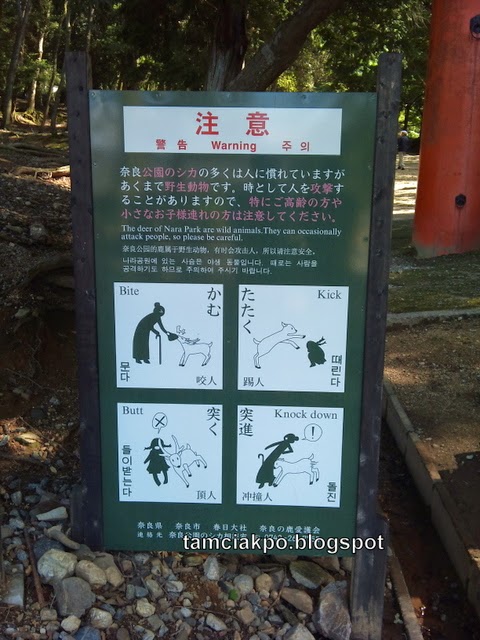 The deer may look cute, but they still pose a threat to people. 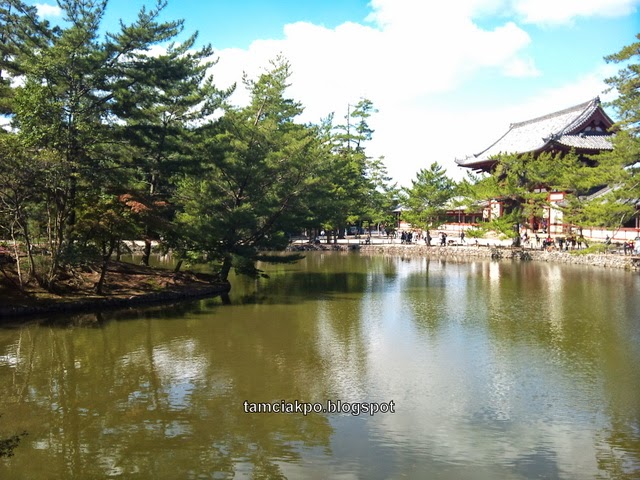 We were 200% fed up with temples and hop onto bus again. This time we stopped at some spot that looks like the middle of the old town. As we walked along the old street, we came across Naramachi Koshi-no-ie House. Admission was free and the caretaker was glad to show us around the house.

When I got back from Japan, I searched for the house on internet and found this excerpt from att-japan.net:

“Naramachi Koshi no Ie is a replica of a traditional house of Naramachi. You can see the structure of the house and how commoners lived in olden days. It has a wonderful lattice structure through which you can well see outside from inside of the house, but you can’t well see inside from outside.” (source : http://www.att-japan.net/en/spot/ES0019) The house was built narrow but deep as tax were calculated based on house width in olden days.

CS actually took pictures of the jamban (toilet) and bath tub but his shaky hands rendered them unpresentable. 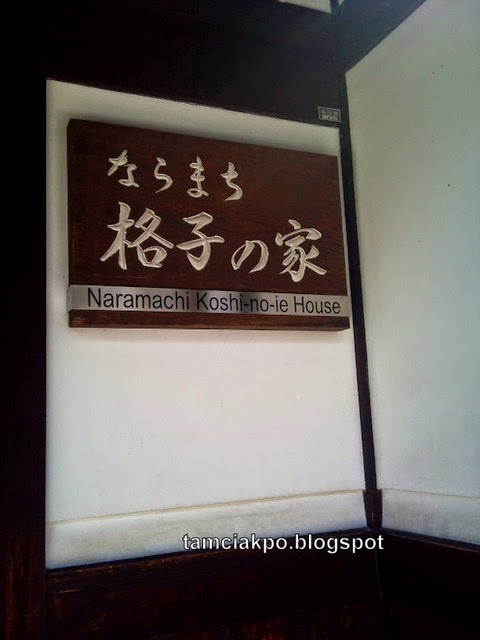 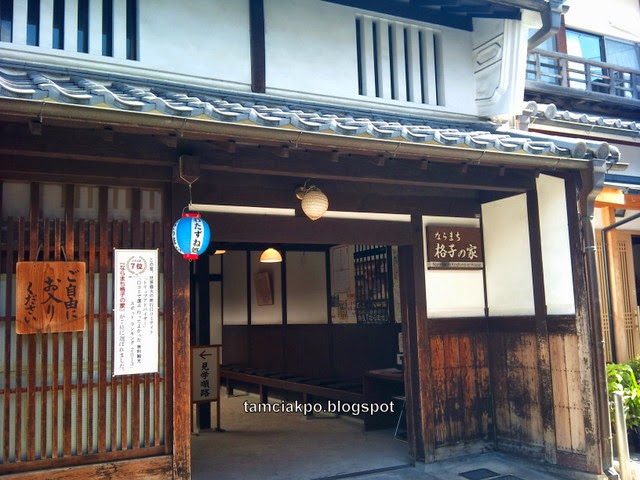 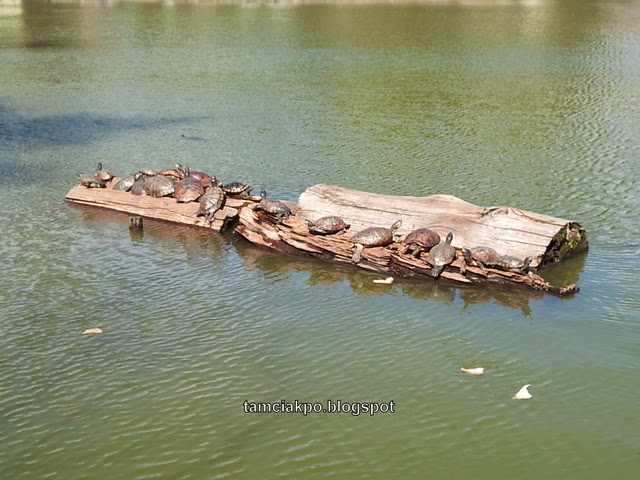 We took a walk and got lost amongst the old buildings but chanced upon another lake, full with tortoises! 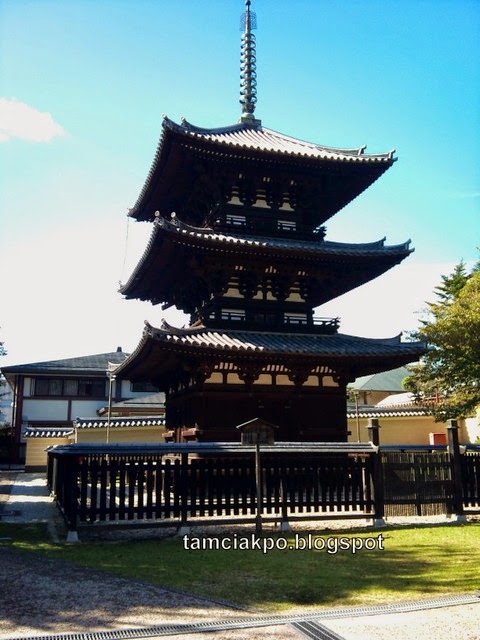 Nara is beautiful in its own way but we bored in the absence of good food. By noon, we were already on our way back to Kyoto Station.