Dear all, if you cherish your time, promise me, you will never ever travel around Japan during their long weekend. This was what happened to us during our trip to Nikko.

I was warned in japan-guide.com forum that the day was a long weekend holiday and many will rush for a day trip to Nikko. HORRIBLE TRAFFIC? That was an understatement. 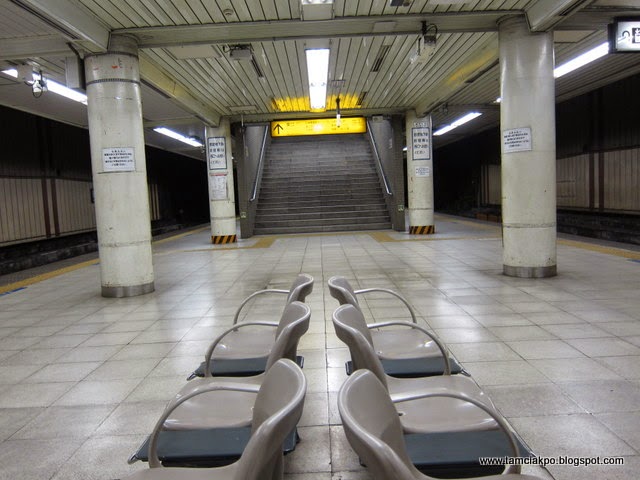 To beat the traffic, we were already at Bakurocho station by 5 am but later, this proves to be less than helpful. 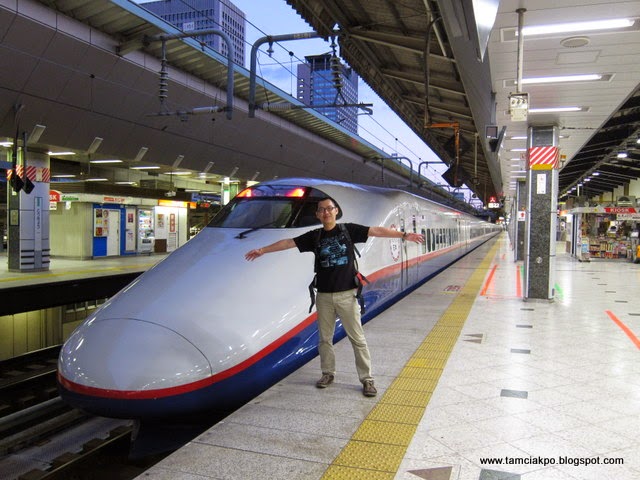 We had activated our JR Pass the day before but today is our first time trying their bullet train – Shinkansen. CS was exhilarated. Little did he know what a horrible day ahead of us. 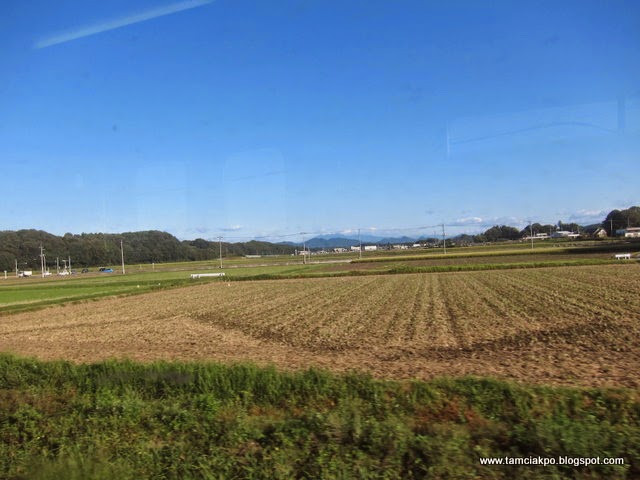 The view from Shinkansen. 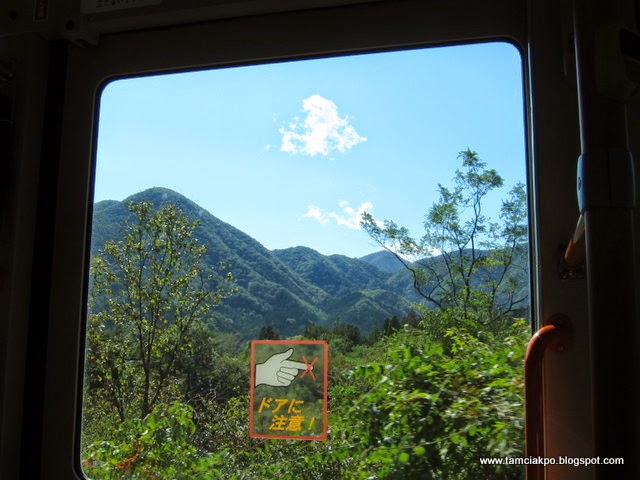 We were excited,” WOW THE HILL, WE’RE GOING THERE”.

The ride to Chuzenji Lake from Tobu Nikko station which will usually takes 50 minutes, became 4 hours long ride while we had to ‘tahan kencing’. We fall asleep, woke up, fall asleep, and woke up again and the bus had barely moved a few metres! 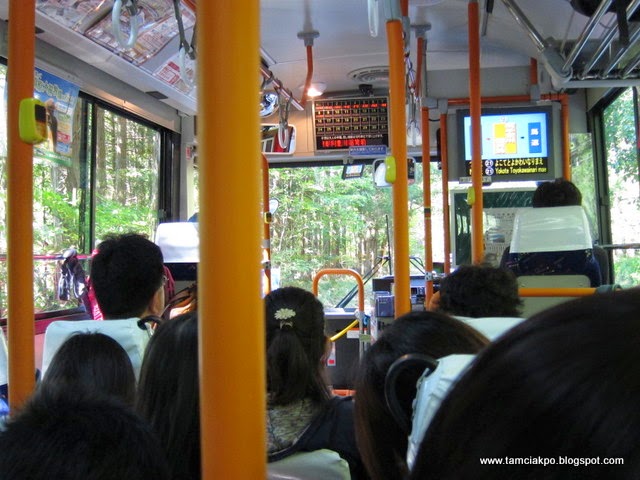 From Tobu Nikko station, we took the bus to Chuzenji Lake, which is very full and people started sitting on the staircase or on their baggage. 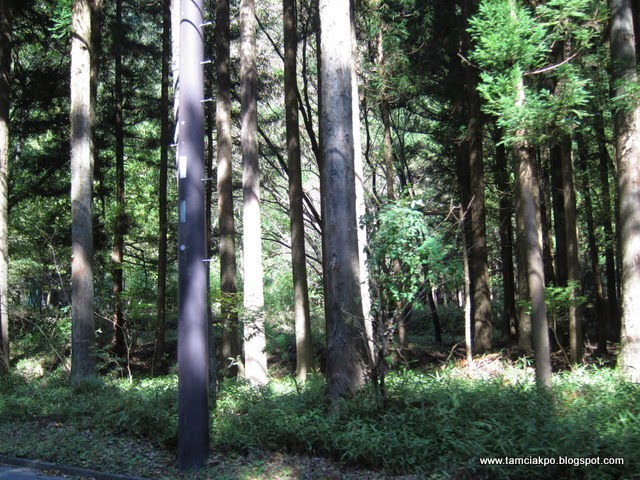 Sights along the road up the hill. 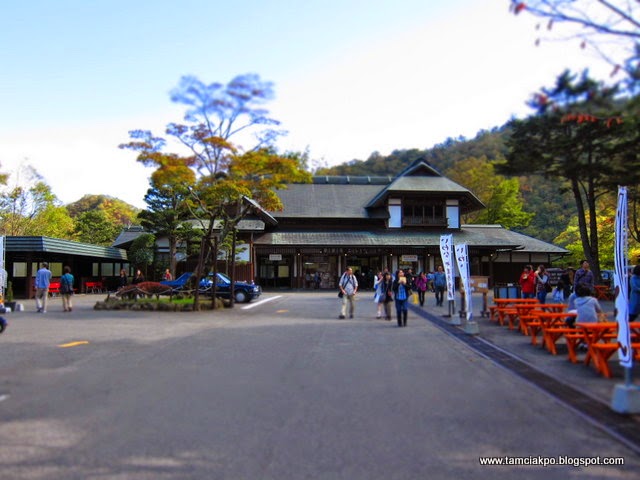 Straight to the building beside the waterfall. 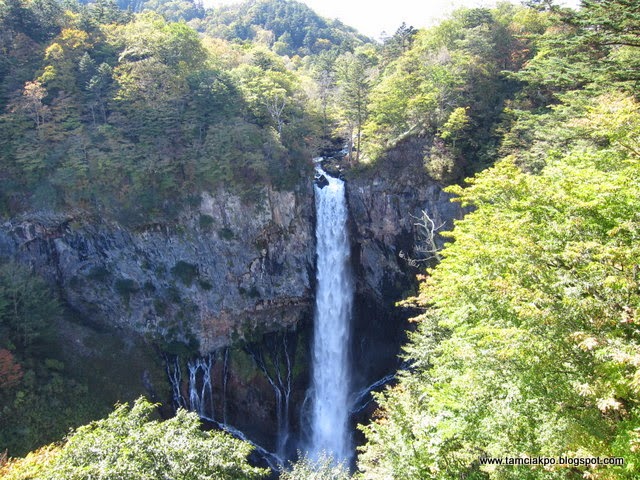 There’s a paid lift to ride to be bottom, but as we don’t know just how far is the lift going to get us, we decided not to take the lift. 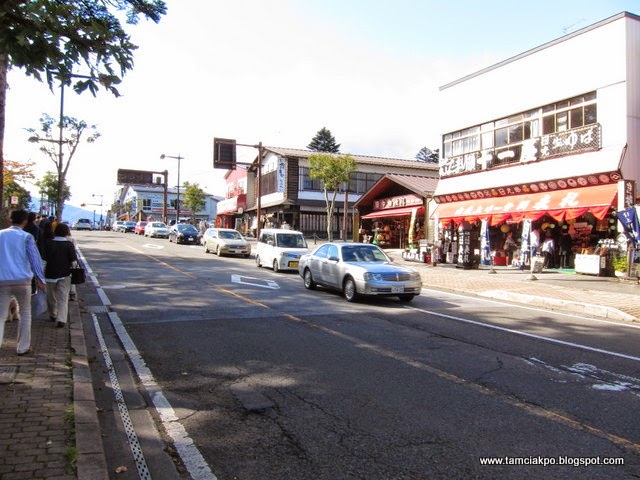 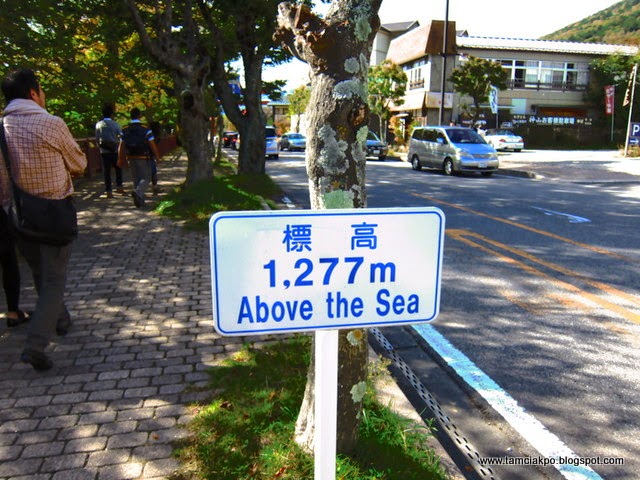 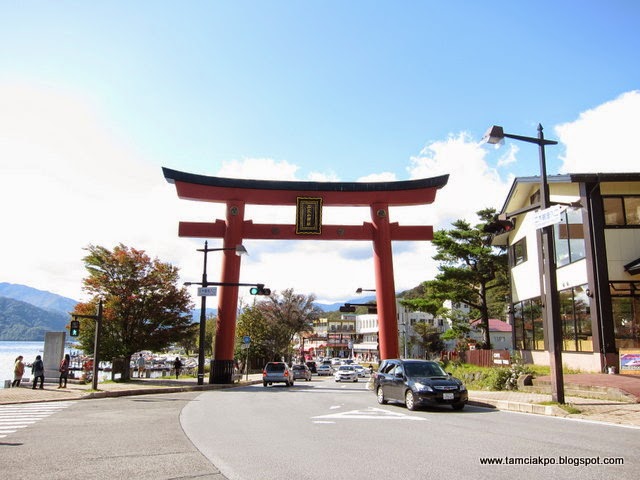 Our itinerary was for us to ride all the way to Chunzenji Lake, then ride back to the station while making a few stops at the temples along the way. It was already mid day when we reached the lake and that’s not the worst of it. We travelled to Chuzenji Lake as it was supposed to be the earliest place (around Tokyo) to see red autumn leaves, but the trees decided not to stick to schedule and remained green. 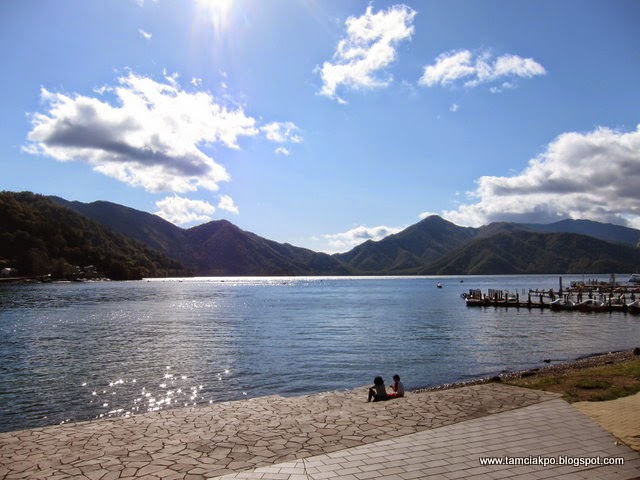 The lake is beautiful but the leaves were still green. According to the online forecast it should be red by now. 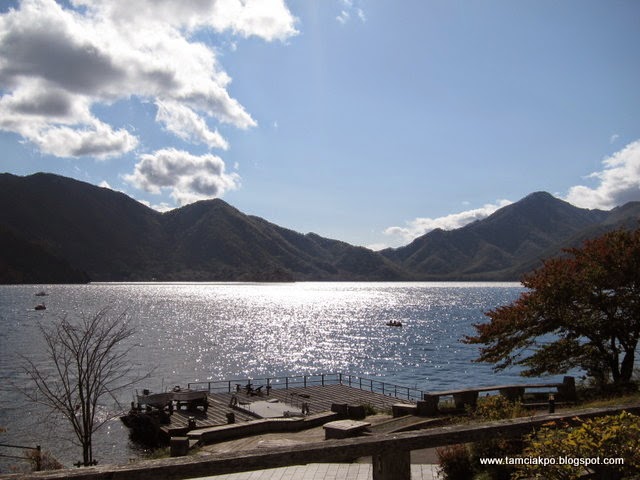 We decided to have a little picnic with the Takoyaki we brought over. 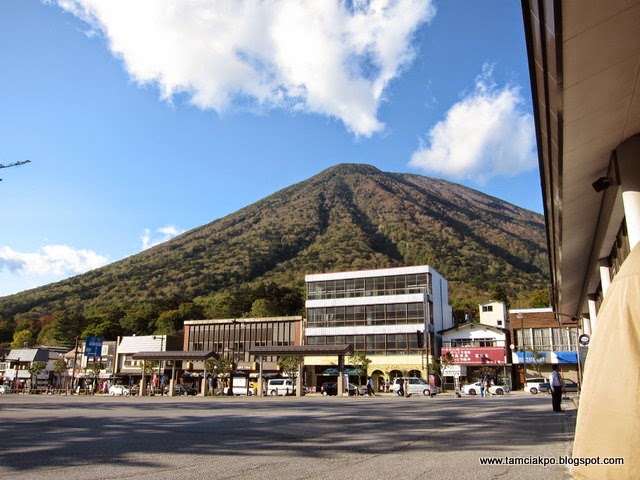 While waiting for the bus to get down the hill. 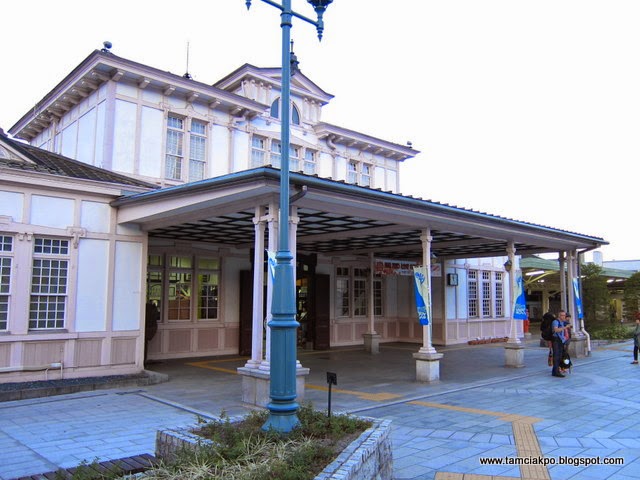 It’s already getting dark when we took the train back to Tokyo.

We decided to stop at Shibuya to take a picture of the busiest crossing in the world. 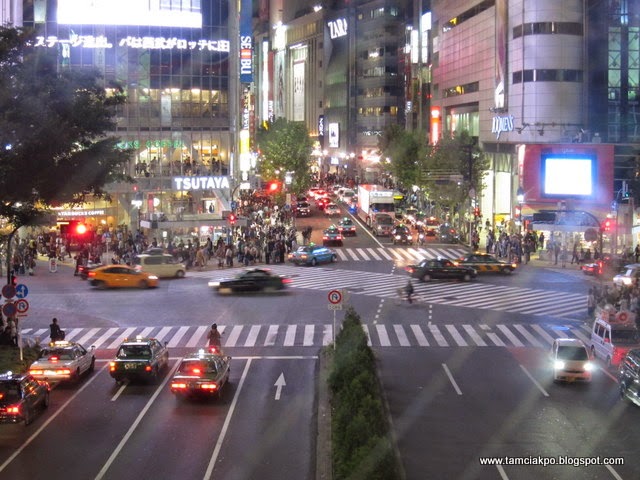 Before the red light. 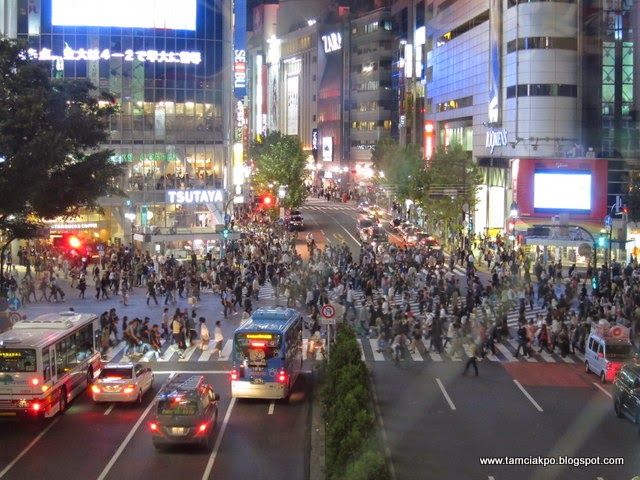 After red light and cars coming to a stop. 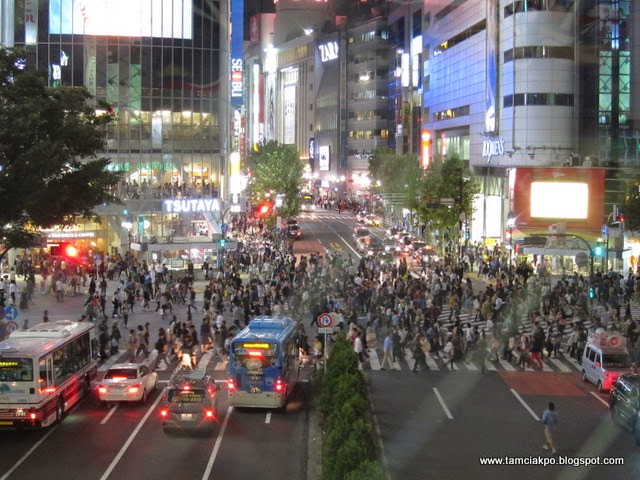 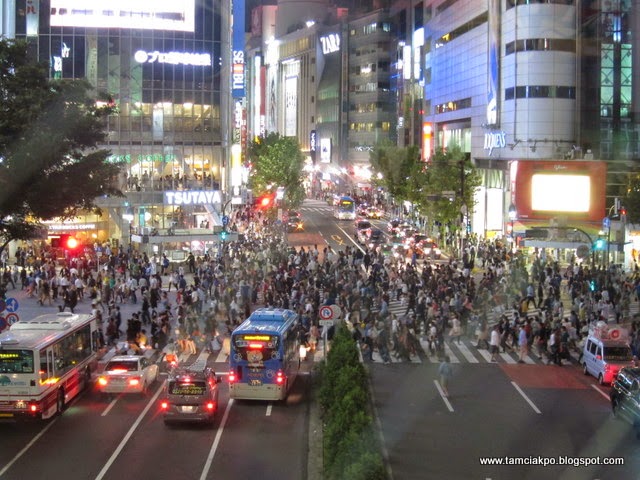