This is a long overdue post! Wendy and I went for our first girls-only-trip to Bangkok last November. It was an impromptu decision and planning but we are glad everything worked perfectly.

Pathumwan Princess is connected to MBK shopping mall, so after we dropped our luggage, I brought Wendy to MBK foodcourt on 6th floor to show her my favorite beef noodle in Bangkok. The same man is still operating the stall, yay! 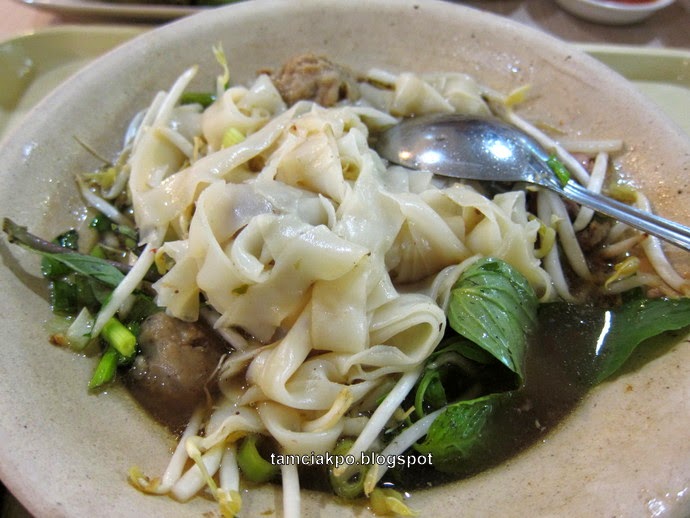 Forgive the mess as I decided to give it a stir before taking the picture.

The beef soup was simmered in a big pot for long hours, resulted with thick and flavourful soup. This taste better with glass noodle than kuey teow.

Thinking that we will be back here everyday, I did not take a picture of the foodcourt and the oyster omelette we ordered. We never got the chance to come back. I am going to play the blame game here and blame it on Pathumwan Princess Hotel for feeding us with nice breakfast, so good that we skipped lunch from Day 2 onwards.

From MBK, the best way to get to Platinum Mall is by taxi but this too, involves a long queue for taxi and horrendous traffic jam. After all, it was Saturday and the area were overflowing with locals and tourists. The next time, I am going to experiment with taking Skytrain to Chit Lom station and walk there. According to Google Map, this will take 10 minute. I will cross my fingers on this! 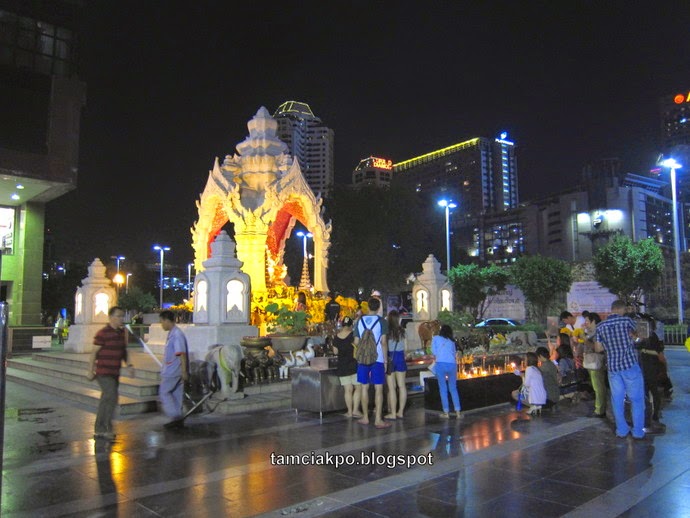 We did an amazing walk just on our first day. We explored quite a vast area of Platinum and not wanting to experience the traffic jam again, we walked to Central World Plaza which houses beer garden from two largest Thai beer – Chang and Singha. With our empty stomach, we will probably puking by the roadside after downing the beer so we decided to skip them. 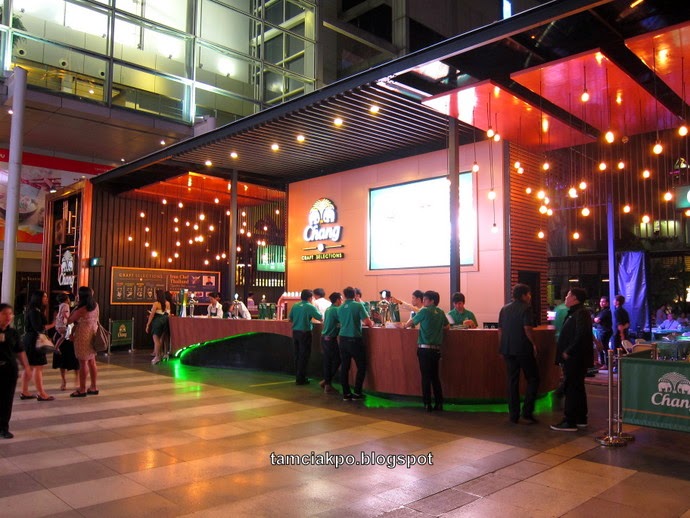 Which one looks better? Chang Beer? 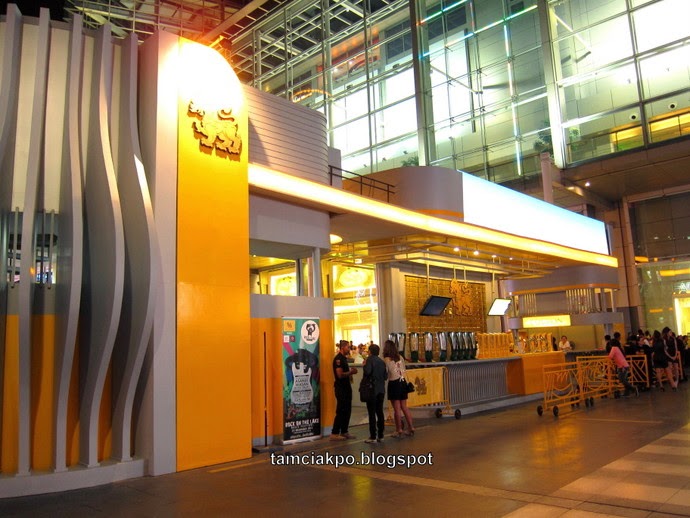 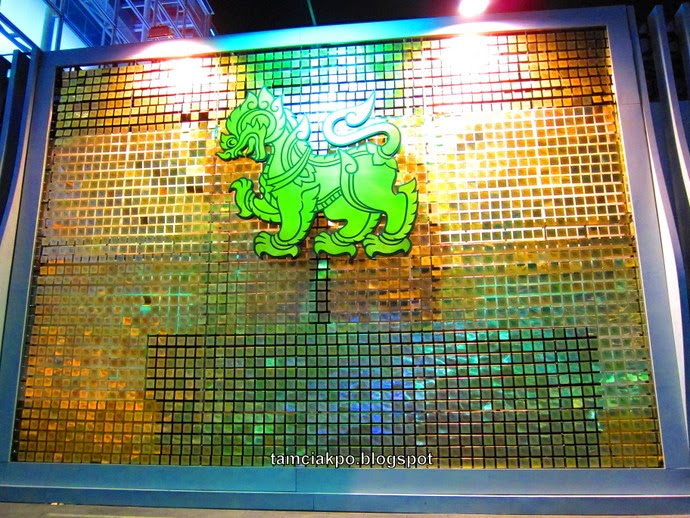 I had to wait for 5 minutes before everyone clear out from the view. I have a soft spot for gold.

Skipping the beer, we took the Skytrain from Siam Square station to National Stadium station, and took a train-like-a-Victoria-Angel walk to Somboon Seafood (Bantadthong branch) at Soi Chula 8. I know there’s now a branch in Siam Square but I got a hunch it won’t taste that good. 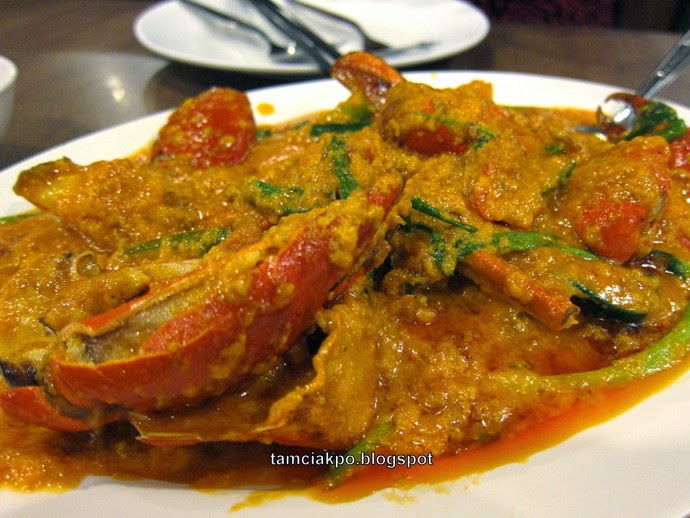 We ordered almost the same dishes like five years ago – Curry Crab and Deep Fried Grouper with Basil Leaves. Annoyingly, they didn’t have crab-opener (is this what it’s called?) for us and the staff brought a hammer and helped us to crack the crab claws. Gloves or no gloves – I DON’T LIKE IT. 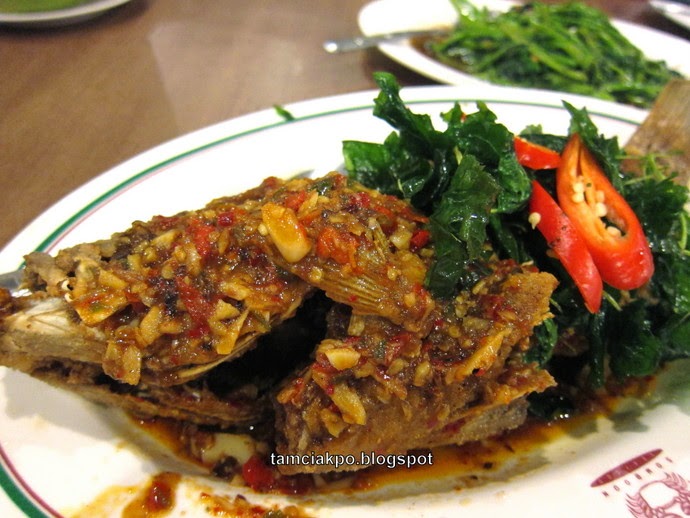 I will strongly warn against taking a taxi or tuk-tuk to Somboon Seafood because of a scam that is running rampant in Bangkok. The drivers will take you to a restaurant called Somboondee instead of Somboon, no matter how clear you told them to take you to the latter. They will get commission for bringing you there.

You can read about the scam here:

There are a few branches of Somboon Seafood in Bangkok and you can get into their website for reservations. Upon reservation you will receive a confirmation email together with a reminder about the scam. Some branches are easier to get to, being near to Skytrain BTS station.

Oh, and I missed out telling how to get to Somboon at Soi Chula 8.

The easiest way is to take BTS to National Stadium station. Take exit 2 (if i remember correctly), walk along the way with the stadium on your left. It could be quite daunting walking amongst the locals and pestered by tuk tuk drivers. Do not turn at any junction until the big crossroad with traffic light where you turn left. First street on left is Soi Chula 2,4 until Soi Chula 8.

This time, I did not use the above method and stupidly follow the direction from Google Map. Sure, it’s a shorter route but we have to walk along dark dodgy street. Not the best place to be around at night.

How to Use Airbnb and Find your Accommodation